What are the General Fields of Graduate Studies?

www.gradschoolcenter.com is an advertising-supported site. Featured or trusted partner programs and all school search, finder, or match results are for schools that compensate us. This compensation does not influence our school rankings, resource guides, or other editorially-independent information published on this site. 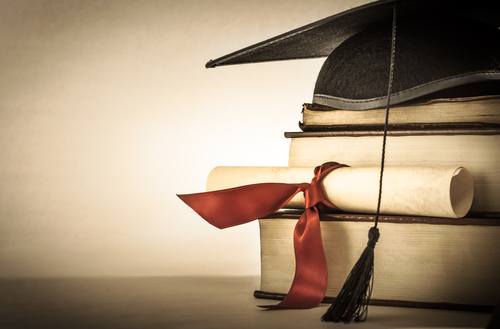 Modern universities offer a dizzying array of fields of graduate studies, with well over 200 different graduate degrees that are currently offered. Although there is a dispute over the legitimacy or adequacy of distinguishing between academic disciplines or fields, there is a broad acceptance of the distinctions between academic fields as evidenced by actual, current university courses and faculties. Some object to any classification of academic fields, arguing that classification is inherently value-laden and hierarchical.

This article provides an overview of the:

A Matter of Discipline

There is no universally accepted nomenclature for distinguishing and arranging academic fields or disciplines, nor is there universal agreement over whether or how different fields interrelate. There does, however, appear to be a working understanding of the main lines according to which university faculties are distinguished.

This outline has some value, but it is quite general and there is a great deal of overlap between different fields.

Another way of dividing between academic fields is provided by Georgetown University’s Center on Education and the Workforce. It is a bit more difficult to take in at a glance but is a bit clearer and has less overlap between disciplines:

Each field of study contains multiple degrees that can be earned at the graduate level. Most contain degrees from the Master’s level to the Doctoral. A bachelor’s degree is a prerequisite for entering one of these fields.

Classification of the academic discipline is a topic of dispute among historians and educators. In a real sense, distinguishing between fields or areas of human inquiry and invention is about as old as human civilization itself. The organization and recounting of cultural and family histories, religious ideas and stories, military strategy, economic practices, medical treatments and theories, agricultural practices, and many other topics, were all understood to be different aspects of human experience that had varying bodies of knowledge pertaining to them.

In ancient Greece, the Pythagoreans, who emphasized mathematics, and the Academies began by Plato and Aristotle, began to clearly differentiate between different “academic’ fields or disciplines. While the Pythagoreans and the followers of Plato placed a high value on mathematics, Aristotle and his followers engaged in a broad project of defining different realms of human discovery and reflection, such as the study of nature, the study of human nature and activity, ethics, mathematics, and metaphysics. These fields addressed practical or applied knowledge as well as theoretical speculation. Linguistic and logical tools were developed to help the process of distinguishing areas of knowledge as well as, establishing their interrelations and application to everyday life.

The basic tools of learning came to be known as the seven “Liberal Arts.” These are roughly divided into two groups. One focused upon the knowledge of human action, reasoning, language, and behavior. This came to be called the Trivium, which means “three ways,” and includes Grammar (the art of using language), Logic (the art using reason and argumentation), and Rhetoric (the art of persuasion). The four disciplines were called the Quadrivium (four ways). These were arithmetic (the art of counting), geometry (distance, extension), music (ratios), and astrology (astronomy).

By the middle ages, the university system had established itself in different places in Europe: Paris, France; Oxford, England; Bologna, Italy. In these universities, the liberal arts were the basis of academic study, and all undergraduates studied the liberal arts. When they graduated, they received a degree in liberal arts.

Specialized graduate study required a bachelor’s degree in liberal arts as the foundation, both in knowledge, as well as, providing the methodological foundation for graduate studies. In the medieval university system, we see a clear separation of college and university studies into different fields or disciplines. These were: the Liberal Arts, Law, Medicine, and Theology. Each university would often emphasize one field over another.

This arrangement was kept for many centuries, even throughout the great changes in science and learning brought about by the Renaissance and Enlightenment. The current classification system of academic disciplines began to develop in the 19th century, growing out of the changes in university curriculum in German universities and in the English-speaking world at the University of London. Changes were implemented to emphasize speed and efficiency in the teaching and application of the sciences in a more industrialized economy. Over the centuries, undergraduate studies began to include the diversity of topics of graduate studies. Graduate studies began, then, to imply a level of proficiency and education in a given topic, not simply the transition from the Liberal Arts (undergraduate) to a specific field (graduate).

In the 20th century, several more academic fields became part of the university curriculum. Psychology and education were included. Under the general academic fields of Social Science, Arts, Humanities, new academic topics, such as Women’s Studies, were added to university course catalogs. Because of the growth in learning, along with a vastly increased body of specialized knowledge and techniques, academic disciplines became more specialized and distinct. In recent decades, because of a growing recognition of the interrelations and interactions across academic fields, there has been the development and rise of interdisciplinary and multidisciplinary courses of study and degrees offered by universities.

Here is a breakdown of the percentages of students in a given field that go for graduate studies taken from the What’s It Worth Report:

www.gradschoolcenter.com is an advertising-supported site. Featured or trusted partner programs and all school search, finder, or match results are for schools that compensate us. This compensation does not influence our school rankings, resource guides, or other editorially-independent information published on this site.